No matter how busy our Emergency Department is, the most seriously ill and injured patients will always be seen immediately. 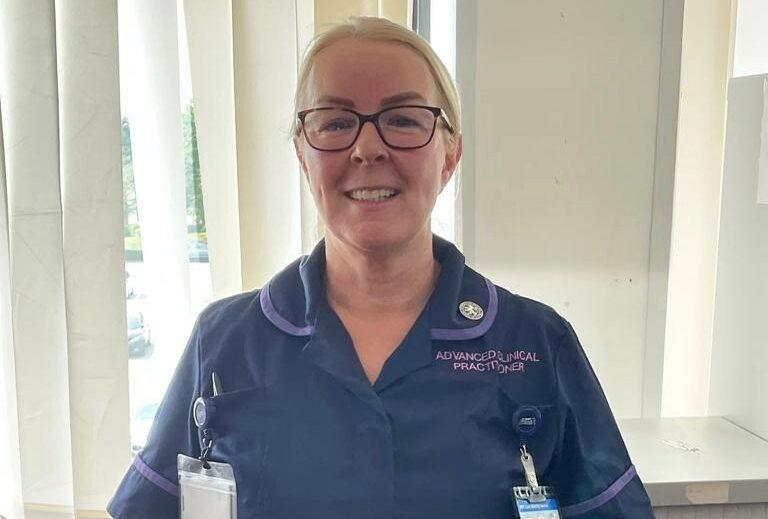 A Bolton nurse has been shortlisted for a national award for her hard work looking after vulnerable people in Bolton.

Joanne Dickinson, Advanced Practitioner in Bolton NHS Foundation Trust’s Homeless and Vulnerable Team, has been nominated in the Best Nurse category in the Sun Awards 2022.

Bolton nurse has been shortlisted for a national award

The nomination is for the amazing work that her and the team do in providing outreach support in the Bolton community to those who are most vulnerable.

The team work on the streets of Bolton, in hostels and visit temporary accommodation, run three drop-in clinics per week at a health centre, and work alongside a local shelter and street kitchen to support those at risk of homelessness.

I’m so excited and thrilled to be nominated. I would just like to thank everyone who nominated me, I am so proud of Barry and my team. I couldn’t do the job that I do without their continued support. I’m proud of all my patients.

“They are the reason I come to work and do what I do.

Joanne qualified as a nurse in 2001 and early in her career took part in a pilot service offering nursing care to the homeless and rough sleepers.

I did that two hours a week initially but there was so much need, it was taking over my other job too.

“We were seeing people often with severe wounds where they had injected drugs into their leg ulcers.

“Many used illicit substances, they were homeless or people with chaotic housing situations.

Huge congratulations to Joanne Dickinson on being shortlisted in the Best Nurse category for all the amazing work she does.

Good luck at the awards! https://t.co/lKn8i0R3HB

Joanne recognised a need in the community and battled for enough funding to make the role full-time, which she shared with another nurse.

Joanne then qualified as an advanced nurse practitioner, allowing her to care for more patients herself, without the need to refer to a doctor for those attending with acute illnesses.

As well as the drop-in clinics, Joanne and her team regularly carry out ‘walkabouts’ to find people in need.

The nomination came from Joanne’s team, her Matron and one of her patients, Barry Fletcher who nominated Joanne for helping him to kick his drug addiction and get off the streets.

Jo is amazing. I don’t know where I’d be today if she hadn’t come up to me that day.

The event will be hosted by Davina McCall and will air on Channel 4 on Sunday 27 November.